Will the 2024 presidential election provide an opportunity for the outgoing President for a threepeat? In the history of the two-party system, few people have been presidential candidates three times. Henry Clay was during the first half of the 19th century but both before and after the Second Party system dominated. Franklin Roosevelt ran four times, all successfully. But the fate of the three-time candidates varied.

When it comes to three-time candidates, William Jennings Bryan, the Democratic Party nominee for President, set the standard.

Bryan thus has the distinction of receiving under 50% on the popular vote on three occasions and being a three-time loser, an American record in the two-party system.

Previously Grover Cleveland held the record. He received 48.9% in 1884 when he won, 48.6% in 1888 when he lost to Benjamin Harrison who had received fewer votes, and 46% in 1892 when he won in a three-way race and with Adlai Stevenson I as his running mate. So in contrast to Bryan, he won two of the three times he ran and a third-party candidate skewed the totals.

Richard Nixon is the remaining three-time candidate. He twice received under 50% of the vote, first with 49.6% in 1960 to John Kennedy when he lost and then with 43.4% in 1968 when he won against Hubert Humphrey with George Wallace as the third-party candidate. He also ran for third time in 1972 and won with 60.7%, a remarkably high number. Of course, he didn’t finish that term.

Since then, no person has been a major party candidate three times.

At this point in time, it seems unlikely that the three living two-time presidents will run again. That means one and only one person has a chance to join the exclusive club. He could join Bryan as failing to reach 50% of the popular vote all three times. He could join Cleveland or Nixon as being a two-time winner and also receiving under 50% of the popular vote twice or on all three occasions as Bryan had.

Another possibility is to quit now and not even try to be a three-time candidate. He still would join a select presidential group.

Woodrow Wilson won twice with under 50% in 1912 and 1916 with Teddy Roosevelt providing formidable third-party opposition in 1912.

Stevenson presents another possibility: to try for a third-time nomination and fail to receive it. If he tried in 2024 and failed, there always would be the option of running as a third-party candidate.

He certainly has more of an historical sense than his predecessor! So it is only natural that he would want to be in the Presidential Loser Hall of Fame by coming in under 50% for the third time.

WE ARE NOT BELARUS

There has been a lot of talk about the percentage of Trumpicans who accept the scam that the election was rigged. Numbers like 70% have been bandied about from polls and we all know how accurate the polls are. But this number is deceptive. There is a difference between “wouldn’t it be swell if your candidate really won” and “let’s overthrow the government.” We have had the opportunity in Belarus and in Trump-hole countries to see how people can take to the streets when they think an election has been stolen from them. So far, at least, nothing remotely comparable has happened here.

– There was a demonstration with the chant “Fox Sucks” when Fox correctly but early called Arizona for Joe Biden.
– There was a small show of force in Washington on behalf of the Sore Loser but nothing significant.
– There have been big rallies in Georgia by Trumpicans against the Republican state officials and even calling for Trumpicans not to vote in the upcoming Senate elections.

I am not sure if any of these actions count as a groundswell to reverse the rigged election. Think back to what he prophesied in March, 2019:

Have you seen the Bikers for Trump turnout to stop the steal? Maybe they learned their lesson from South Dakota.  Now the Arizona GOP has thrown down the gauntlet.

“I am willing to give my life for this fight,” tweeted Ali Alexander, an organizer of the movement.

“You’re asking people to die for this conspiracy theory? What in the living hell is wrong with you people?” tweeted Arizona state senator Martín Quezada.

“I agree. This is the hill to die on,” one respondent said. “IM WILLING TO GIVE MY LIFE,” wrote another.

Various individuals like past-his-prime Dobbs, no-integrity Flynn, and the “Hugo Chavez” lawyer have called for drastic action worthy of Seven Days in May. It doesn’t look like any of these actions will amount to anything. After all, why fight for victory in the Georgia Senate elections if Vice President Mike Pence will cast the deciding vote in the second administration promised by Mike Pompeo?

CLEANSING THE PARTY OF REPUBLICANS

Remember Mia “Didn’t feel the” Love? Remember how he cheered when she was defeated in her re-election bid in 2018? Cleansing the Party of disloyal traitors was more important than holding the House.

Remember Jeff Flake who stepped down as Senator in Arizona? Now Arizona has two Democratic Senators putting control of the House at risk. Cleansing the Party of disloyal traitors was more important than holding the Senate.

Remember how much fun it was ridiculing John McCain? Now Arizona voted Democratic for President for the first time since the Creation.

Loyalty to one person trumps all other considerations. That means it is open season now on any Republicans who were loyal to the law and not to him. They are RINOs says the longtime fake Democrat and Clinton supporter. It seems that on the state level there are people who have not yet sold their soul as the Republican Senators excluding Romney have. Even people who have ambitions of their own still cower before the immature child. The elections have shown that there still are Republicans at the state level meaning people who are ready to move forward once the Sore Loser leaves the stage.

THE WAR BETWEEN REPUBLICANS AND TRUMPICANS 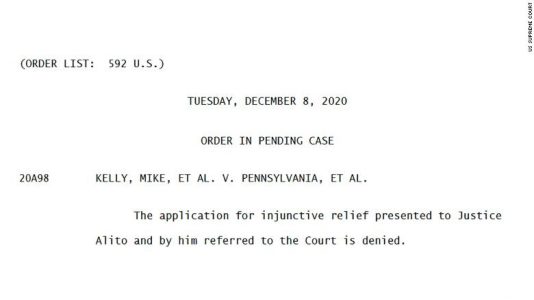 The question now for Republicans is do they want their party back? Sarah Palin called on Republicans in 2008 to take back their country. It seems quite likely that for all the talk about demography being destiny, the Democrats have maxed out on identity politics. There is a limit as to how many votes they can receive with a motto of “Defund the Police.” The progressive wing will be a constant headache for Joe Biden for the next four years. There is an ample opportunity for Republicans to get back in the Presidential game if they can dump the Sore Loser for an adult who can tell the truth and is not drowning in lawsuits due to his criminal life.

On the other hand, maybe Republicans will fail to take back their party, the Trumpicans will prevail, and William Jennings Bryan will have company as a three-time presidential candidate who never received 50% of the popular vote.