“Every community or neighborhood has a gathering place.” So Bill Sauers, President of the Greece Historical Society in upstate New York, begins his May newsletter under that title. He devotes the column to the Dutch Mill founded in 1928 as a hot dog stand that grew over time.

As the years rolled by the restaurant became more and more involved with community events. The Dutch Mill was “our town’s gathering or meeting place.” Then in 2021, the Dutch Mill was sold to the plaza owner next door. It closed its doors on April 16, 2022, its future unknown. Bill, whom and I know and see at in-person state conferences back when we had them, concludes his column with:

Currently there has been no announcement about the future of the old place. It is not a designated landmark, so the new owners can do whatever zoning laws allow. We can only surmise its future.

So what should be done about places that are not historic in the traditional sense but which were the heart of the community?

The story appeal of the local dinner is deeply entrenched in the fabric of the American culture. One reporter refers to them “super-American” and claims the nostalgia for them is palpable in popular culture (“As American as Deconstructed Potpie, 8/25/2019, NYT). According to Richard Gutman, author of American Diner Then and Now, “You feel at home in the diner whether you’ve been there dozens of times or it’s your first time.” Kristopher Schram who redid the West Taghkanic Diner said, “People walk through the door of this diner and they’re already snapping pictures, or their mood has changed because they are in a space where they feel so comfortable.”

The image of the boy and the cop at the still-in-operation Joe’s Diner (where I have eaten on multiple occasions) remains iconic. If a picture is worth a thousand words, here is one diner where those words ring true.

Where would the movie Groundhog Day be without the diner? Every day was a rewind and saw Bill Murray in the diner again and again. Apparently the whole community in this obviously small town ate there, too! After being there day-after-the-same-day for who knows how long, Murray got to know everyone there. If he had been an anthropologist conducting a field expedition, he could have focused on this watering hole and sooner or later, everybody would have come there to drink. In effect, that is what he did. True these scenes are not exactly real life. But the odds are you have eaten at your crowded neighborhood diner at some point in your life and seen people you know there. 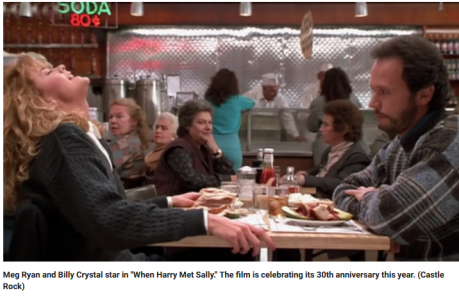 Sometimes the Hollywood diner scenes are a little more difficult to imagine in real life. However, there are times when people seek to recreate the classic moment from When Harry Met Sally in another real diner (deli) still in operation and where I have eaten. 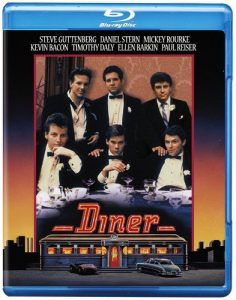 I do not know if anyone has compiled a record of all the diner scenes in Hollywood history including movies and TV shows, but I dare say it would be an impressive list. But while a movie or TV show might last forever digitally, in the real world, diners suffer from the same forces that have buffeted many local places throughout the country just as the column in “The Corinthian” describes for Greece, New York.

Over the years I have clipped articles from the newspapers I receive about the comings and often goings of the community diner. What follows is a sample of those articles.

DINERS TO THE RESCUE 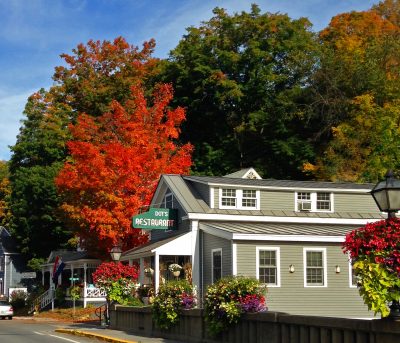 Dot’s Restaurant in Wilmington, Vermont, occupies a building dating to 1832. Its claim to fame is often being the only place along Main Street where one could get a cup of coffee and one of the few such places on the Green Mountain roadway linking Bennington and Brattleboro. Everybody went to this diner perched over the river until August 28, 2011, when Hurricane Irene decided to “visit” the eatery itself. To the rescue came (among others) the Preservation Trust of Vermont which apparently recognized the historical significance of the diner. Lo and behold, the diner did reopen. According to its website, it is still in business. 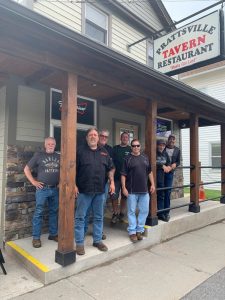 I mention this tavern (not classic diner) in Prattsville in Greene County, New York, because it was in the aftermath of Irene that I began to blog. (Yes, it has been awhile). My blogs were simpler then. I had just led a teacherhostel along the Mohawk River. Some of the locations or sites seen no longer existed. One of the teachers was from Prattsville. The community rallied to save the tavern and it helped feed to people while they rebuilt there devastated town.

DINERS AS CONSTANTS AND CHANGE WITH THE TIMES

Dining on Roast Beef, lemonade and Nostalgia: Regulars Flock to Roll-N-Roaster in Brooklyn, Where not much Has Changed Over 4 Decades (7/5/2012, NYT)

Here is a diner that has remained true to its diner origins. I will say, that sometimes when I enter a diner, I do feel as if I have travelled back in time … until I see the prices!

The Oakhurst Diner is in Millertown, Dutchess County, New York. It is called a “hipsterfied diner.” The term is in reference to people from the city who have moved upstate or who are weekend visitors. Similar such diners exist in the Silver Lining in East Hampton (NY), the Rosebud in Somerville (MA), the West Taghkanic Diner (NY) where I have eaten pre-Covid and pre-transformation, Grazin’ Hudson (NY) and the Phoenicia Diner in the Catskills (NY).

Physically, the Oakhurst Diner “screams classic diner.” According to one of the owners, “It’s the centerpiece of the town.” Tourists from overseas come there and people are always taking pictures.

DINERS AND THE AMERICAN DREAM

This diner is located in Minot, North Dakota. The opening of the article goes to the heart of the diner in this story of the heartland.

Main Street Café in the heart of downtown here is a monument to small-town Americana. The menu offers down-home favorites…Framed black-and-white photos from generations past adorn the walls…It is a gathering place for local leaders, and for residents to catch up on gossip…This well could be a haunt on any idyllic street corner. But Charlie’s is a bit different.

What made this diner different was that this classic part of Americana in the American heartland was owned by a South Korean immigrant who has fully embraced the land of her husband. Once upon a time this would have been a feel-good story about the American Dream at work. The restaurant still operates but the health of the dream and supporting it are at risk.

DINERS AND THE AMERICAN NIGHTMARE

After the recent terrorist act in Buffalo, USAToday columnist Mary Chao travelled to Conklin, NY, the hometown of the white racist shooter. There she went to the heart of the community. She stopped at Jane’s Diner. Her article’s opening (In Buffalo suspect’s hometown, a tragic history, 5/17/22) is: “Nestled by a set of train tracks, a red-white-and-blue banner hanging outside, Jane’s Diner evokes an American charm…It’s the type of place where friends are family.” According to diner owner, Jane Lazaros, shooter Payton Gendron had been a regular there. Now the topic of discussion in the “Mayberry”-like town of 5000 people, 90% white, is where did his hate come from.

The Diners Fade Away: As New York’s coffee shops disappear, so does a piece of the urban culture (11/27/16 NYT).

According to this article, which mentions a host of coffee shops and diners that have bit the dust, between1996-2016, New York City lost half its diners.

A Last Cup of Coffee, to Go: Rising Costs, changing tastes and increased development are putting pressure on New York’s once ubiquitous diners (May 26, 2019, NYT)

The demise of diners is shown here in a slew of pictures and mentioning many names of diners which have bit the dust or probably soon will. Keep in mind this article is pre-Covid before the virus ripped through the small businesses of the country. I watched the diner in my own village struggle to remain afloat and stay in business. According to the article there are estimated 419 diners left in the city. That might seem like a lot but keep in mind a population of over 8 million. That averages out to roughly one diner per 20,000 residents which is more in keeping with the figures for the towns and villages throughout the country.

Scholars seeking to understand a culture sometimes focus on the foodways of the ordinary people. Not the kings or the elite but the 99%. In America, diners have been part of that story especially in the 20th century. They continue to exist in the 21st century but where would a remake of Seinfeld from the last century and millennium be filmed today … unless it was a retrospective about a distant era? When our foodways are studied by historians and anthropologists of the future, they will note the transformation of the American way of life which has occurred in our very lifetimes. Compare the image of someone alone at a table in Starbucks hooked into their devices or waiting in line for an order to go versus the family sit-down-meals in a diner or the sharing of space at the counter. Times have changed and the social fabric has paid the price.

One week after posting this blog the headline in a local newspaper article was “7-Eleven, Taco Bell coming to Landmark Diner site,” The diner had been destroyed in a fire in 2019. It is being replaced by not one but two fast-food outlets.