Witches are in the news and three New Yorkers have tales to tell. From Queens to Ithaca to Chittenango, New Yorkers figure prominently in the witch stories in American history. And there is Broadway too. So let’s examine the status of witches through the lens of the New York experience.

These pronouncements about witch hunts led to a response by Professor Mary Beth Norton, Cornell University, acting in her capacity as the president of the American Historical Association (AHA). As an historian she is the author of In the Devil’s Snare, a book I own, about the most famous outbreak of witch-hunting in American history, the Salem Witch Trials. She reports that she has been teaching an undergraduate seminar at Cornell focusing exclusively on the Salem witchcraft, a course which has a robust enrollment. She also occasionally comments on my posts.

In the May issue of Perspectives on History, a publication of the AHA, she authored a column “From the President” entitled “An Embarrassment of Witches: What’s the History behind Trump’s Tweets?” She begins with the presumed consensus among historians that witches did not exist in the past so that therefore anyone who is the target of a witch hunt automatically is innocent (of at least that charge). She concludes that the use today similarly is meant to assert a declaration of innocence as the persecuted victims of the witch hunts were centuries ago in Essex County, Massachusetts. Her comments leave open the question of whether those engaged in the witch hunt genuinely believe in the existence of witches or simply using that charge to cover up the true motives of the hunt.

Norton continued by noting the persistence of the Salem witch hunt story in American life. Case in point is the Arthur Miller play The Crucible (1953). It was written during the time of Senator Joe McCarthy’s investigations through the House Un-American Activities Committee of suspected Communists and traitors, people who were colluding with the Soviet Union to violate the United States. That play has become a staple of American education. During National History Day, Norton receives multiple inquiries annually from students about the historical event.  For the remainder of the column, she discussed some of the enduring myths and historical questions about the witchcraft crisis of 1692.

The small community of Chittenango is home to the person who perhaps created the most enduring image of witches in America. I am referring to Frank Baum. The Wizard of Oz is a beloved part of the American cultural heritage. Every year it introduces young children to a slice of Americana and reminds older Americans of this venerable triumph of innocence over evil. Its music, dances, and scenes have become iconic symbols in the American culture.

So beloved is the movie that it has fostered an annual conference, the Oz-Stravaganza. [From the organization website]  In 1978, librarian Clara Houck set out on a mission to acknowledge the history of the Village of Chittenango as the birthplace of author L. Frank Baum. Clara organized the very first celebration. Local children dressed up as OZ characters and paraded around the library parking lot on May 15th. Then they went inside, had birthday cake and sang Happy Birthday to L. Frank Baum. A lot has changed since then. The festival became a multi-day event. Changed names from Oz-Fest to Oz-Stravaganza, and saw crowds increase from a few hundred for the parade to several thousand for the festival. The event is now run by the International L. Frank Baum & All Things Oz Historical Foundation. Nearby is his home in Fayetteville where he lived as an adult.

Baum actually wrote multiple OZ stories. Dorothy would return there for additional adventures. So perhaps one day there will be multiple sequels as with other superheroes.

The Munchkins used to attend the festival in numbers but they have dwindled in ranks over the years and the conference last summer may have marked the end of a longstanding tradition.

But there is more to this sweet innocent girl of the Midwest than you might suspect. She was after all a serial witch killer. In the first instance, she dispatched the Wicked Witch of the East with great force. All one can see of the dead witch is the ruby red (not orange) items attached to her feet (not head). After her death is verified, the people erupt into a joyous song and dance of “Ding dong, the witch is dead” as if it were V-J Day (which hadn’t yet occurred when the movie was made) itself. Celebrate! Celebrate! Dance to the music!

However Dorothy’s work was not yet done. There was still another wicked witch to kill. This one even more formidable than her departed sister. This witch fought back to destroy the one who would slay her. The closer Dorothy came the more enraged the witch became, erupting into spasm after spasm of focused fury against the innocent Dorothy and her little dog Toto (tweets hadn’t been invented yet). She warned of the pending destruction of the witch-killer but to no avail.  At last as Dorothy pressed on step by step in her quest, the Wicked Witch unleashed her flying monkey minions to rid her of the threat to her wellbeing. If you look closely enough even today you can even recognize from the faces of the flying monkey minions who they are in the real world.

Then at last, the moment of truth arrived. Just as the witch was ready to burn down those who threatened her, Dorothy reached for the waters of purity against which there is no defense. (Note – she couldn’t use the lasso of truth because it hadn’t yet been invented either.) As the vanquished witch began to dissolve into nothingness until only the item on the top of head remained, she shrieked those words which have become the dying cry of all witches dispatched to the great beyond: I’M MELTING. I’M MELTING.

Storytellers have more options than historians to create alternate facts. In fact, it is possible to tell a story from the perspective of the Wicked Witch of West as has been done on Broadway in Wicked. 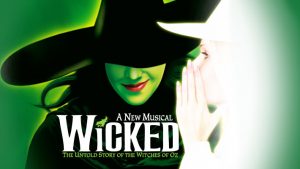 Baum has raised two issues of importance in the quest to ascertain the true meaning of witch hunts:

As it turns out, witch hunters can be heroes. Consider these examples in addition to the aforementioned Dorothy. 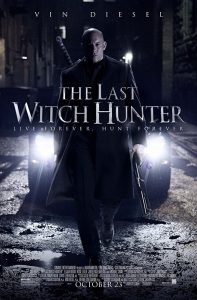 Hansel and Gretel are bounty hunters who track and kill witches all over the world.

If there were Americans acting on behalf of the Soviet Union in the 1950s, then it is understandable why someone seeking to identify them would be a hero. Of course, if the hunter went too far, abused his power, and falsely accused people then he would have forfeited his claim to be acting for the good of We the People. Still, we should be cognizant of the fact that in American mythology and storytelling, being a witch hunter can be heroic. The trick is to know if there really is a witch to hunt, if the witch is a good witch or a bad witch, and if the hunter exceeds his mandate.

So when we look at America today, what is the situation involving witches and witch hunters? Did Americans support the violation of the 2016 election by Russia and obstruct the effort to reveal the truth? Or are the pure and innocent being falsely accused in hoax by a witch hunter who has overstepped his bounds: “there is no there there”? If the latter is true, then we have a new Joe McCarthy and The Crucible should be updated. If the former is true, then we should hope the musical shout of “Ding-dong, the witch is dead” will rise to the heavens and people will rejoice as if it was V-J Day all over again.  The witch killer will have prevailed, the witch hunt will have been successful, and once again there will be peace in the shire.

So is Robert Mueller Dorothy or Joe McCarthy? What about his target? Who is he?

8 thoughts on “Witches in America: A Tale of Three New Yorkers”