The 250th anniversary of the birth of this country is only a few years away. At this point, preparations are slight but there is an awareness that the time to start planning is now. If back in 1776, you had asked the Founding Fathers about the United States of America one day celebrating its 250th birthday, they would have looked at you as if you were nuts. They knew the country was an experiment. They knew the country was a work in progress. They knew the country might not last. When it reached its fiftieth birthday on the same day as the deaths of the second and third presidents and co-Declaration writers John Adams and Thomas Jefferson truly it was a sign from Divine Providence that this country was blessed.

Now we live in a time when it is reasonable to ask if we will survive another few years…or if so in what form.  Back in July, I wrote a blog about the “formal” commencement of the third civil war in the United States (July 14, 2019 = April 12, 1861 II: The Third Civil War Is Engaged). Previously I had written a blog about an earlier proposed date for the “formal” launching of the war (America’s Third Civil War: Kava-Noes versus Kava-Yeses). Occasionally, I wrote updates on the state of the ongoing culture wars since then.

Recently the intensity of the conflict appears to have escalated. While some news outlets would employ the war metaphor from time to time, such usage was not typical or routine. The declaration of war against Congressional subpoenas was one major exception. Now there have has been two rather dramatic expressions of the war terminology.  The Sunday Magazine of The New York Times on November 10 (print edition) has an image of a White House defended by tanks. The caption below reads: “What happens when the White House responds to Congress’s impeaching the president by declaring war on Congress?” Inside the magazine was an image I did not see online. It depicts a battle being fought between the White House and the Capital replete with images of Civil War charging cavalry, World War I trenches, propeller planes and paratroops, and more tanks. To the right of the image is the phrase “Impeachment Wars.” 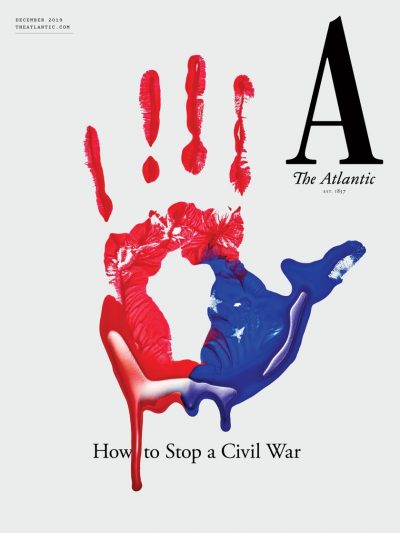 The related articles in these two publications focus mainly on the culture wars. How are the Democrats doing in the impeachment and what are the stakes for the Republicans given the demographic changes which the country has and is continuing to experience? I certainly do not mean to diminish the importance of the culture wars that are dividing the country. My periodic blogs about Columbus Day versus Indigenous Peoples’ Day address that topic. I will continue to do so in forthcoming blogs.

But there is a second war that is being overlooked. This is the one between the Deep State and the Trump State. The confrontation is related to the culture wars but it is not one.  It is not about abortion, immigration or the politically correct – hot button culture war issues. Instead it is about the Trump State versus the Deep State, between people who are loyal to the person who happens to be president versus people who are loyal to the Constitution. I daresay given this individual president something like it was inevitable once he was elected. How come he was elected is a separate issue. It is important to recognize that the issues raised in this war are relevant no matter which party claims the presidency.

The recent events in the impeachment hearings have made clear what should have been obvious but which has received minimal attention compared to the culture wars.  In the Trump State, Article II means he can do whatever he wants. In the Trump State, it means he cannot be investigated yet alone indicted for anything he does including murdering someone in broad daylight in front of security cameras and a live TV audience on Fox & Friends. In the Trump State, Congress has no oversight power unless the President grants it. Is this really what Trumpicans want? Is this really what conservatives want? Is the President really above the law immune to any Constitutional restraints?

What we are learning now is that Deep State refers to the career professionals who place loyalty to the country and the oath they took to the Constitution to serve it first.  These people have disobeyed the Presidential order not to comply with the Congressional subpoenas or invitations at great risk to themselves. These people have been viciously attacked. The seventh-grade smart-aleck dumb-aleck cannot control himself and launched an attack on one career professional even while she was testifying.  He continues to lash out as the next witness prepares to testify. Would Trumpicans have enjoyed it more if he had intimidated the career diplomat into crying? He has no sense of decency. Do they?

Meanwhile, the seventh-grade smart-aleck dumb-aleck has surrounded himself with people who are equally vicious. His Mean Girl Press Secretary has been especially nasty and belittling. Duped-by-Russia Hannity erupts in tirades night after night about the psychotic individuals who are attempting to bring down the duly-elected President. Little Donee Dimwit exclaims that his father was elected to drain the swamp of precisely these people, the career bureaucrats who dedicate their lives to serving their country. Only someone living in an alternate reality could claim that the professional career employees are the swamp and the cabinet created by Swampbuilder represent the people we need in the military and the State Department.

Last December I wrote a blog about this exact situation: MAD DOG BANISHED TO THE CORNFIELDS: TWILIGHT ZONE EPISODE BECOMES REAL. The episode was It’s a Good Life first televised in 1961. In that story there is a six year old, not 13 like our President, who has extraordinary powers. He makes life a living hell for those around him subject to his whims and fancies. I will cut to chase and quote one portion of the blog relevant to the impeachment hearings today.

In that episode, one person, who is not anonymous, has had enough. He erupts:

You monster you, you dirty little monster…. maybe some man in this room; some Republican with guts, somebody who is so sick to death of living in this kind of a place and willing to take a chance will sneak up behind you and lay something heavy across your skull and end this once and for all.
Somebody sneak up behind him. Somebody end this now….
Will somebody take a lamp or a bottle or something and end this.

The printed word cannot capture the intensity of the anguish of this emotionally wrought person who can no longer endure the reign of the child. Aunt Amy tentatively reaches for a fireplace poker but refrains. She is past her prime. No one has the courage to act. The child banishes him to the cornfield. The adults are horrified at what he had done but no one does anything,

Then Thomas Friedman said, “I believe that the only responsible choice for the Republican Party today is an intervention with the president that makes clear that if there is not a radical change in how he conducts himself — and I think that is unlikely — the party’s leadership will have no choice but to press for his resignation or join calls for his impeachment.” But Friedman’s words were as flat as his world and everyone at Fox just laughed. There are no Republicans left.

The Trump State consists of the Flying Monkeys who have taken an oath of loyalty to the Wicked Witch of the White House. These are the people with first-hand knowledge who have declined to participate in the impeachment hearings. These ae the people who could become profiles in courage and do what did not happen in that Twilight Zone episode. Any day any one of these people could chose to tell the truth:

but none of them will. Even his personal lawyer who said in the end he would be the hero has the opportunity to save the country and really be the hero. We are still waiting.

The one possible exception is the millionaire donor who simply wanted a cushy job and the opportunity to show off that the PRESIDENT OF THE UNITED STATES calls him directly. His memory keeps improving and he is likely to tell the whole truth and nothing but the truth now that he has seen what has happened to Roger Stone and heard what the other witnesses have said. Will that be enough?

Perhaps the straw that breaks the camel’s back has been placed. Perhaps the verbal assault on the former Ambassador to the Ukraine was the insult that forces the Trumpicans to face the truth. Perhaps at last the seventh-grade smart-aleck dumb aleck has crossed the line such that even Trumpicans are disgusted and are willing to become Republicans. Perhaps now they see that

Without their support he’s nothing.
The evil remains within him.
Look how ugly he really is.
Look at him after Kentucky and Louisiana and don’t be afraid.

It is time. It is time for the party of Lincoln to take back its party from ugliness.  It is time for non-elite heterosexual white males who love their country and are in pain to catch on that they are being slicked, conned, hustled, flim-flammed, bamboozled and lied to by a staggeringly ignorant narcissist who just as easily would rip them off at his phony university for their desire to live the American Dream as he would for their vote. It is time to realize that our weeny President is submissive to alpha males who are our enemies while abandoning our allies and attacking patriots who are loyal to the Constitution. It is time for loyalty to the Constitution to trump loyalty to the president if we want to celebrate the 250th anniversary of this country as a constitutional republic. Now is the time for first-hand witnesses to rise to the occasion. Now is the time for Trumpicans to regain their decency. Don’t hold your breath.

2 thoughts on “Deep State versus the Trump State: Will We Celebrate the 250th Anniversary of America?”

Day 3: Countdown Continues to Clear and Present Danger in 2024

Day 2: Will Jury Trials Survive the Insurrection if Facts Do Not Matter?