People who make non-medical decisions to not be vaccinated do so for many reasons. Some reasons may be legitimate from a fear of needles to a fear that the vaccine was rushed. Some may even be theological-based. There is also a longstanding American tradition of people who do not like being told what to do (Would the Dukes of Hazzard Be Vaccinated?). Perhaps that contributes to the country having such a poor record of vaccinations on the global level compared to other industrial countries.

But in this situation, there also are people who refuse to be vaccinated for political reasons. To be vaccinated is to accept the decree of the illegitimate President and they would rather die than do that. Sometimes the decision backfires. When media-prominent people die from COVID, the response may be one of great glee and truly nasty comments rained down upon that individual’s website. The schadenfreude is off the Richter scale!

Fortunately for the people who play Russian roulette with their lives, COVID is not that lethal compared to smallpox or bubonic plague. As a result, not being vaccinated can be a reasonable gamble. In addition, there are people with limited mental necessities who survive a mild case of COVID and then declare that it is no worse than the flu.

And then there is Kevin McCarthy’s decision not to have any Republicans on the House Select Committee investigating the attempted coup on January 6, 2021. The way things look right now, McCarthy is looking more and more like the anti-VAXXer who gets COVID and dies a painful death.

The standard Trumpian playbook calls for delay, delay, delay, delay. Everyone knows about the Election Day deadline for the House Select Committee to complete its report before being disbanded by a future Trumpican House majority. That deadline was no secret. Therefore as one should reasonably have expected, the Committee will issue reports prior to that date. It will name names, identify crimes, and recommend action by the Department of Justice.

McCarthy had the opportunity to delay that report. The best way to have forestalled that scenario was to disrupt the proceedings of the Committee. By now we have all witnessed the defiant actions of people who are going to be named as conspirators despite their lack of cooperation. We can see that the people who have chosen not to comply with subpoenas or who have taken the 5th on virtually every single question have not succeeded in removing themselves from designation as conspirators. All they are really doing is admitting their guilt that they have something criminal to hide.

We know this because of the mountain of evidence which has been collected by the Committee. We know this from the hundreds of people who have been interviewed including from the office of the Vice President. We this from the troves of data which has been accumulated from those people, the recalcitrant Mark Meadows, and the National Archives. And McCarthy proudly declared he would nothing to prevent that accumulation of data.

For those of us who remember the great fuss over the acid-washed servers, the torn documents delivered to the National Archives from the President of the United States are both déjà vu and a possible criminal charge. Remember the shredded document scenes from the movie Argo?

In the movie, we watch breathlessly as the Islamic militants painstakingly sift through the piles of shredded paper. We do so because as the shreds are meticulously pieced together in the attempt to identify the American embassy staff who are fleeing Iran by air. The shifting scenes Hollywood-fashion leads to a final chase scene where naturally the plane takes off just in the nick of time as our hearts slowly return to their normal level of beating. It turns out the shredding incident was based on a Washington shredding incident and a book on the actual Washington scandal appeared as background in the movie. 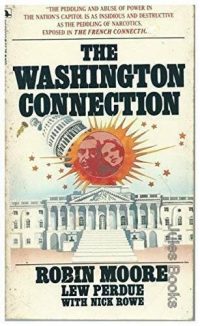 The point of this rumination is to note that McCarthy chose not to be a disruptive force in the gathering of evidence to charge the Hitman with sedition. When the movie of the Committee’s work is made, there will be a scene of McCarthy self-righteously refusing to participate in the sham investigation witch hunt only to have the decision backfire on him. Think of how smoothly, harmoniously, and effectively the Committee has been able to work together devoid of any Trumpican interference. Thank you Kevin McCarthy.

Because McCarthy forsook the opportunity to delay the work of the Committee, he instead will be treated to what is sure to be a blockbuster spring TV series. The show “How the Hitman Tried to Steal the Election and Overthrow the Constitution” will be riveting TV. It may even draw Rachel Maddow back from her hiatus. What cable news reporter not on Foxhub is going to want to miss the story of the millennium so far since 9/11?

Speaking of Foxhub, think of the cognitive dissonance the Trumpican viewers will experience if they dare to watch the hearings. Unless they have been watching CNN or MSNBC on the sly or reading The New York Times or Washington Post in secret, they have no idea of what the Committee has been doing. They may know all about Steve Bannon, Mark Meadows, Roger Stone and other lesser lights heroically resisting the House Select Committee just as they have been heroically resisting wearing a mask or being vaccinated. However, they are clueless about what has been happening.

For people who have not been following the events, the TV shows will be shocking. I first wrote about political thrillers on January 3, 2021. Now we will see one not as a movie but live on TV. Thank you Kevin McCarthy.

One of the recurring comments made during the impeachments was that he should not be allowed to take the stand. His lawyers strenuously resisted his insistence that he wanted to testify. His vaunted negotiating skills that would save him under oath were exposed as bull-trump when his own lawyers questioned him in a mock session. For a person incapable of telling the truth except by chance, testifying live would be a nightmare. We have all seen how he walked away from the White House press corps when he could not handle the question. Imagine the setting where he does not have that option, where he will be held in contempt and possibly thrown in jail if he does.

Now we have seen in Texas how he can be the gift the keeps giving to the House Select Committee. No one expected that at a professional political wrestling arena campaign event, he would on his own accord and without any provocation openly acknowledge that he had tried to overturn the election. He still is mad at his Vice President for not doing so. How many times will those words come back to haunt him? Who knows what he will say next?

His throwing of Lindsay Graham under the bus is a sign of things to come. Yes, all the conspirators now expect to be pardoned if convicted and if he runs and if he is re-elected. They make take that gamble just as people do when they refuse to be vaccinated, just as Kevin McCarthy did when he refused to allow Republicans to disrupt the proceedings of the Committee. Do you think there will be any schadenfreude when the political grim reaper comes calling for them then?

Day 3: Countdown Continues to Clear and Present Danger in 2024

Day 2: Will Jury Trials Survive the Insurrection if Facts Do Not Matter?